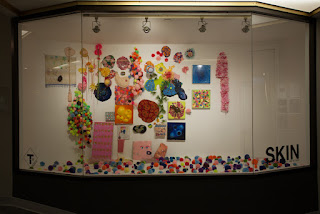 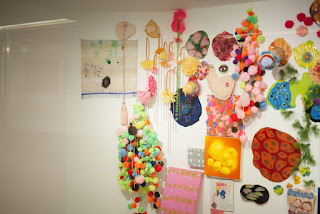 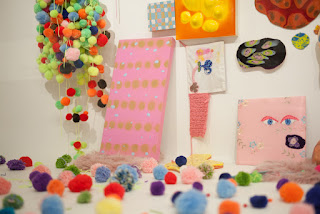 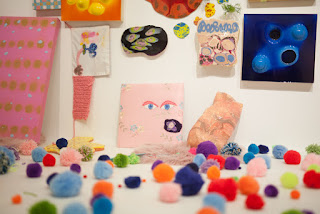 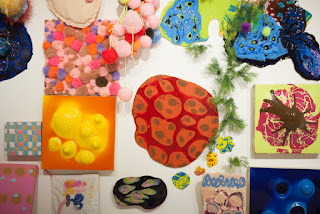 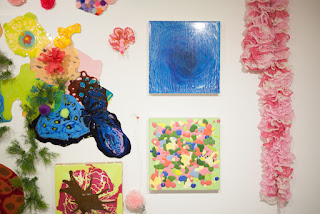 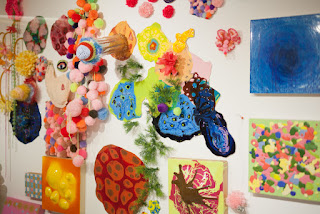 Posted by TRUCK Gallery at 3:49 PM No comments:

Group exhibitions are often difficult to talk about in a way that does justice to the complex and distinct works that have been brought together within them. In conceiving a model for thinking about these exhibitions, and this one in particular, my thoughts swing to archipelagos. In The Radicant, the metaphor of an archipelago is touted by Nicolas Bourriaud as “the dominant figure of contemporary culture,"[1]  as a mode of thinking that rejects totalizing systems in favour of a network of conversing autonomous entities. As a collection of islands, an archipelago is comprised of discrete physical bodies with distinct topographies and ecologies, however, they often share collective traits or elements: cultural features, for example, or the climate, objects that float among them on ocean currents, seed pods that drift on the wind, creatures that swim and long for the experience of other terrains. And so it often is with exhibitions, including this one: ideas arrive, ricochet, are shared, and depart.
Joe Bérubé’s series of drawings, Inventory of an Unknown Island (2012-2015), is a sharp-eyed catalogue of flora, fauna, and fragments of human activity. Though they resemble natural science illustrations torn from an anthropologist’s observational field notebook, these objects have no origin in a particular place. The island from which they come is one of conjecture, a place not yet known. The drawings offer a strange perversion of the scientific methodologies of direct observation and documentation. Instead, they present a speculative taxonomy; in them the imagined and the real coexist in an incongruous space. By utilizing taxonomic organization and technical aesthetics Bérubé gestures to our perennial impulse to neatly categorize the world. The documentation of the imagined object, however, problematizes the language of discovery and the act of claiming knowledge. The blurring of the real and unreal reveals the ineffable qualities of the world and the ambiguity involved in coming to know something.
The human impulse toward order and categorization is one borne out of a desire for control. In his short essay “Desert Islands” (1953) Gilles Deleuze muses on the psychogeographic relationships among islands, humans, and the imagination. He articulates our need for philosophical normalcy as a fundamental condition for living: "Humans cannot live, nor live in security, unless they assume that the active struggle between earth and water is over, or at least contained…humans can live on an island only by forgetting what an island represents." [2]

Sandy Grant’s large-scale oil paintings pull back the cover on this assumed normalcy; they reveal the folly of our strategies to impose harmony and order and our tendency to isolate ourselves from the natural world. These images pick at the edges of our efforts to control the chaotic, the mental barriers we raise against the unsettling wild, and the lies of dominance that we tell ourselves. They depict day-to-day experiences rubbing up against, or operating adjacent to, the hidden natural world in unsettling and unnerving ways. Grant raises the corner on the deliberate, formalized edges of humanity’s impositions to reveal the things that lurk just out of sight: the hissing in the shadows of shaded hedgerows, the irrational reptilian fear of submerged logs beneath our plump little toes, and the threat of tremendous and uncontainable natural disasters exacerbated by our human carelessness and excesses. In spite of our best efforts, these unplanned and unsettling edges of existence have a deep and profound effect on us all: in each of us skulks the frightening spectre of our fundamental impermanence.

Mysterious relationships are also at the centre of Natasha Alphonse's work. Through intuitive arrangements of collected found objects (natural and/or synthetic, chosen for their affinity of colours and material qualities, and often paired together) Alphonse creates arranged forms in a simple economy of balanced, site-specific gestures. Each component of a sculptural pairing actively influences and relates to the other: they are mutually dependent. The objects at once exist as they are, but also adopt human-like qualities through spatial relationships and physical dialogue. There is something truly enigmatic about our affinity to these objects; we find ourselves implicated in an empathetic response as we
project ideas, narratives, and characteristics upon them. We imagine a mutual recognition and dependency exists and we come to understand the components of the installation – including our presence – as parts of an inextricable whole.
Natasha Alphonse, Joe Bérubé, and Sandy Grant are occupied by encounters with the (un)familiar, by questions about what makes us human, and by intense curiosity about the complex linkages between the surrounding environment and ourselves. Leaning from a steep slope draws their work together in a speculative dialogue about the mysterious affinities, existential wonderings, and inescapable relationships that affect us all.

About the Writer:
Shauna Thompson is Curator at the Esker Foundation, Calgary. Previously, she worked with Walter Phillips Gallery, The Banff Centre; Justina M. Barnicke Gallery, and YYZ Artists’ Outlet, both in Toronto; Doris McCarthy Gallery, Scarborough; as well as the Art Gallery of Mississauga. She holds a master’s degree in Curatorial Studies from the University of Toronto as well as a master’s degree in English from the University of Guelph.
- See more at: http://www.truck.ca/events/772#sthash.mugF34aH.dpuf
Posted by TRUCK Gallery at 12:17 PM No comments: