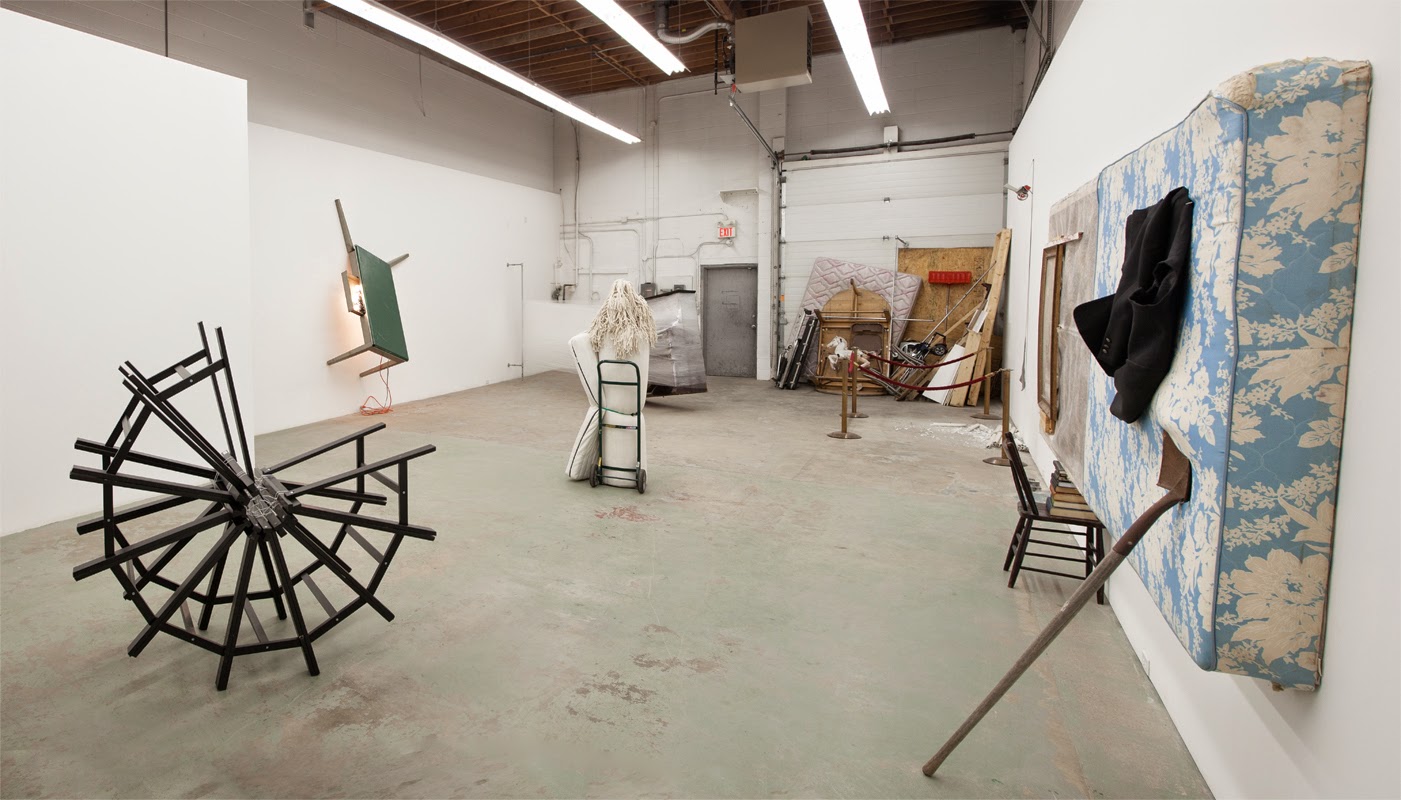 I feel a tinge uneasy when I go to José Luis Torres’ website (1) and see the word “Sculptor” under the banner that bears his name. I notice that there are 27 different projects under “Installations”, whereas clicking “Sculptures” leads only to one. In interviews, he makes it clear that his work is a hybrid between sculpture and architecture. Attentiveness to site, place, and landscape also permeate his oeuvre.

Limiting the discussion to the kinds of works in Mutations, discarded wooden furniture and plastic appliances are precariously stacked, cantilevered, and tied off with skillfully knotted fragments of frayed rope. A make-shift base supports a jury-rigged arch of improbably assembled junk items.  Paint-chipped surfaces rub together, further distressing their already worn patina. A string of teetering chairs is patched together by a bricolage of ingenious but barely sufficient engineering solutions. Poised at the brink of instability, these forms also evoke beings caught in a moment of graceful and dynamic motion.

All of this encourages a playful meditation on the mysterious metaphysical process by which new “things” come into being, and what their relationship is to their constituent parts, especially when the chairs do not lose their “chairness”, the ladders their “ladderness”, or the palettes their “paletteness.” In their right to claim status as “things”, Torres’ constructions are clearly ahead of mere piles of stuff, but they have the potential to collapse back into that at any moment. In parallel fashion, this exhibition also implicitly raises the question of how much of Torres' other work (landscape interventions and architectural installations) can be grafted onto a term like “sculpture” before the category itself starts careening.

To be fair, every artist learns early on that the most accurate description of their practice as a whole tends not only to be long-winded, but paradoxically, to result in gross misunderstandings, which is often worse than outright ignorance (better to know that one doesn’t know than to think one knows when one doesn’t). Claiming a familiar label can be pragmatic: “sculptor” inspires more confidence than “installation artist” for juries selecting public art projects intended to withstand Canadian winters. In a 2009 documentary(2), Pipilotti Rist looks over her shoulder as she fills out a form: “What am I? Artist? Video Artist? Fine Artist? Multiple choice.” Pen to paper, she mumbles, “Artist ... I think.”

My unease with Torres’ provisional label “sculptor” is nothing new. Already in 1979, Rosalind Krauss lamented, “categories like sculpture and painting have been kneaded and stretched and twisted in an extraordinary demonstration of elasticity, a display of the way a cultural term can be extended to include just about anything.”(3) This led her to posit four logical positions that “sculptors” could occupy in relation to a matrix of cultural terms, of which sculpture (defined negatively as not-architecture and not-landscape) was only one. Much of Torres’ work seems to find a home in categories like site-construction (architecture and landscape) or axiomatic structures (architecture and not-architecture). Unfortunately, Krauss’s “expanded field” still doesn’t translate well to institutional contexts.

Part of Krauss’s motivation in shifting critical discourse from medium to cultural terms lay in the fact that “sculpture” was being covertly invoked as a way of slotting new and difficult “vanguard aesthetics” into a comfortable and familiar tradition—a move that in some contexts is necessary and practical, but simultaneously limits art’s potential to act on us:

[Historicism] makes a place for change in our experience by evoking the model of evolution, so that the man who now is can be accepted as being different from the child he once was, by simultaneously being seen—through the unseeable action of the telos—as the same. And we are comforted by this perception of sameness, this strategy for reducing anything foreign in either time or space, to what we already know and are. (4)

Torres was born in Argentina and has been living in Quebec since 2003. He sees his work as a reflection on displacement, on his condition as immigrant. I find myself wondering whether “immigrant”, like “sculptor”, is also a provisional category, essential for navigating political realities, but limited in accounting for the varieties of contemporary nomadic experience. The mutation or conceptual expansion of such categories is exactly what is on the table: the incongruous arrays of objects in his installations seem held together by the same stuff as the narrative thread with which language users cobble a chronology of discrete experiences into fixed identities. Like subject positions constituted by sometimes incommensurable worlds, Torres’ constructions dramatize the possibility of tenuous, provisional, and hard-earned fictions of stability among barely assimilable components. 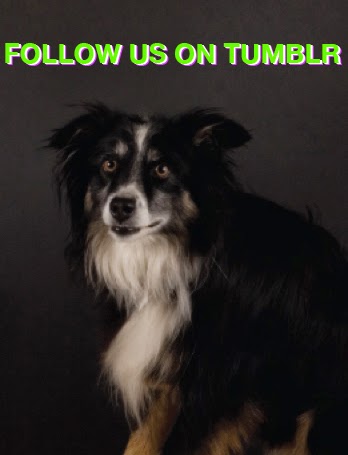 TRUCK Contemporary Art in Calgary is now on tumblr - follow us HERE
Posted by TRUCK Gallery at 5:07 PM No comments: