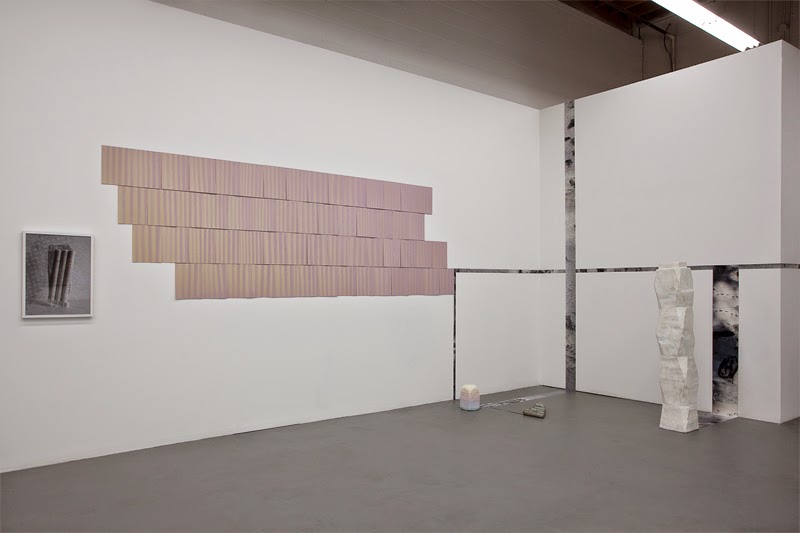 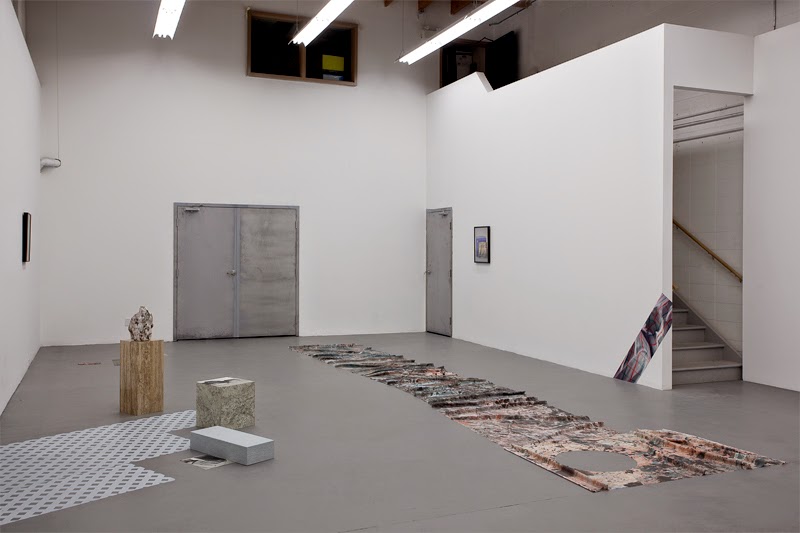 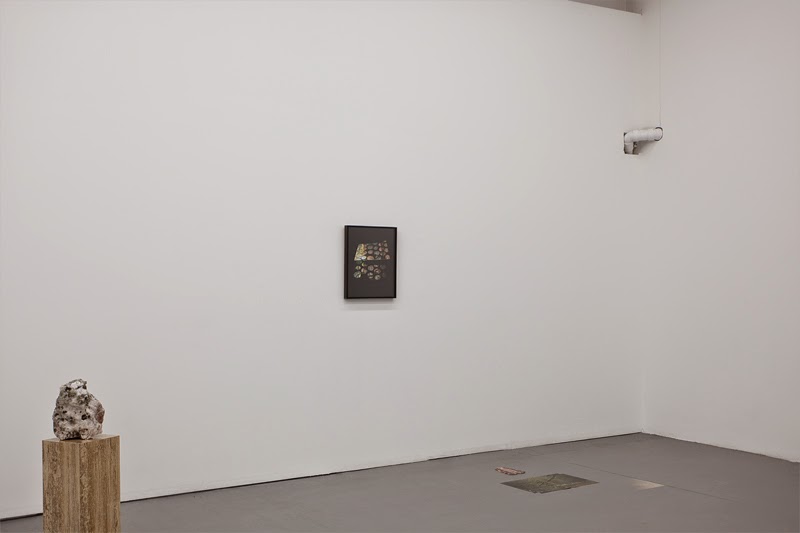 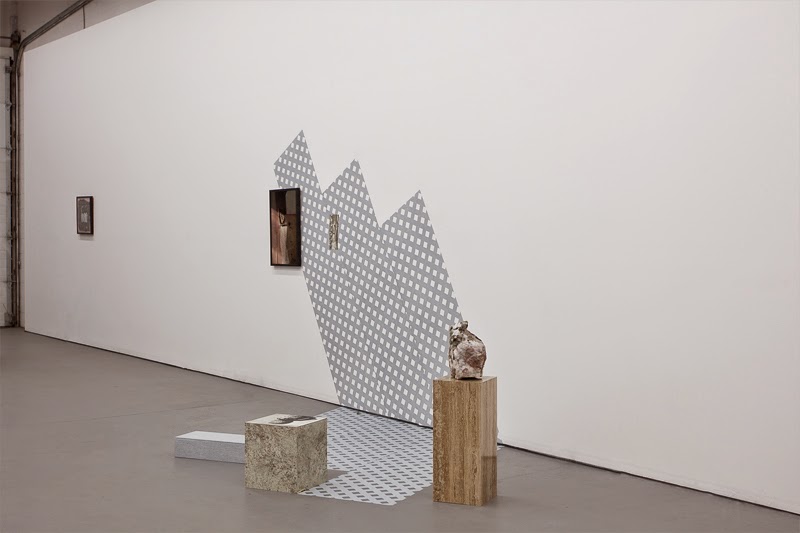 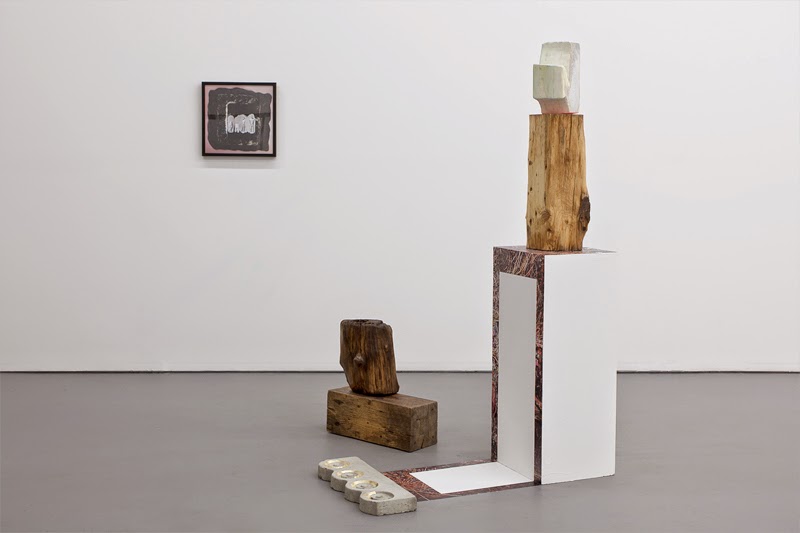 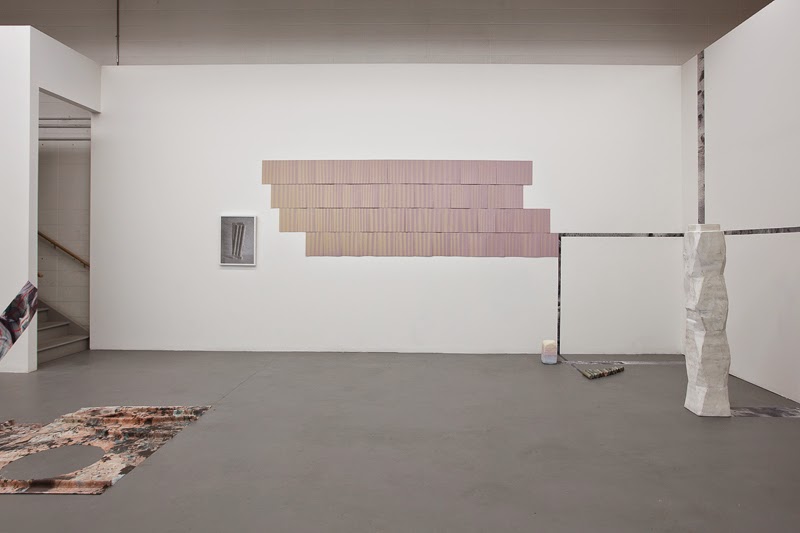 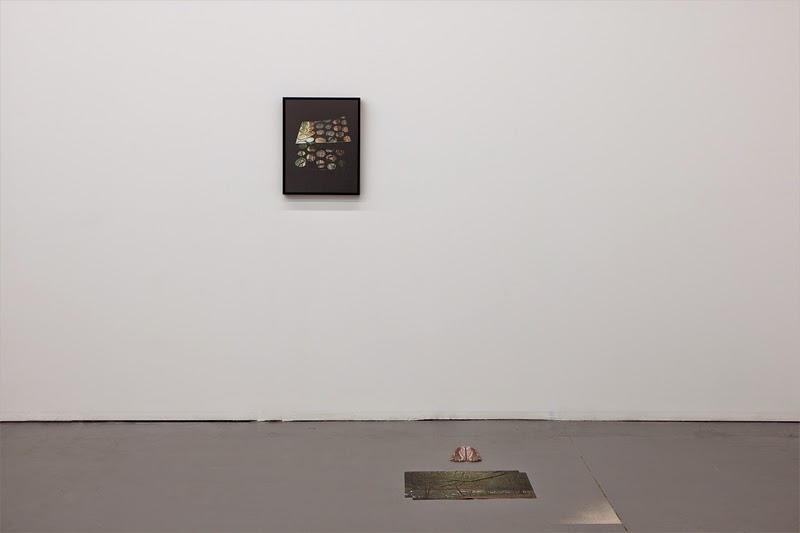 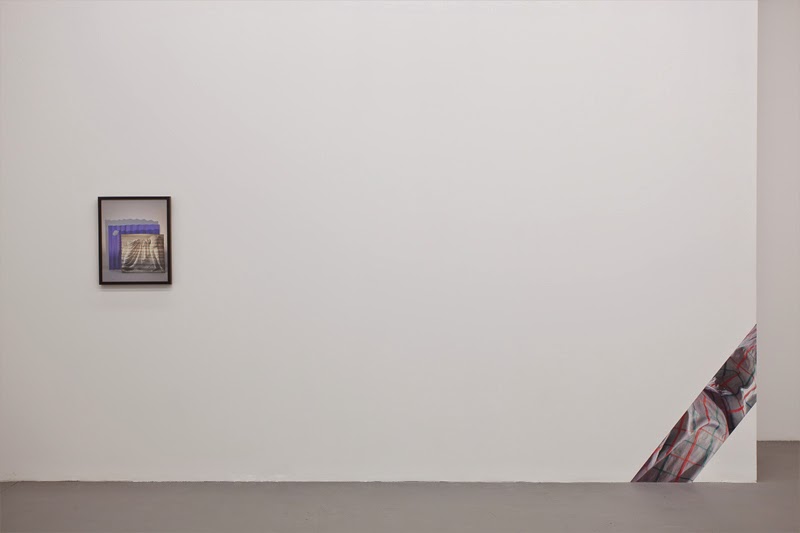 Posted by TRUCK Gallery at 12:41 PM No comments:

“Instead of causing us to remember the past like the old monuments, the new monuments seem to cause us to forget the future. Instead of being made of natural materials, such as marble, granite, plastic, chrome, and electric light. They are not built for the ages, but rather against the ages. They are involved in a systematic reduction of time down to fractions of seconds, rather than in representing the long spaces of centuries. Both past and future are placed into an objective present.” [1]Robert Smithson’s essay ‘Entropy And The New Monuments’ published in Artforum in 1966 lays the ground work for thinking through the monumental works made by artists involved with conceptualism – Judd, Morris, LeWitt, Flavin et al – and their use of materials that caused us to forget the future. Using science-fiction as an example Smithson outlines that the architecture described in this genre, has nothing to do with fiction nor science, but instead a new kind of monumentality. Artists employing plastics, chromes, and electric light, reduce time down to the very moment, by collapsing the historical assumptions of materials that were once used to build great monuments; sandstone Corinth columns; granite facades; vast marble flooring.Smithson’s assertion of a new monumentality actualized through the work of the conceptualists is also discussed through the elimination of time and decay in these materials. On the occasion of New New Monuments, Yellowknife-based artist Alexis Dirks, employs Smithson’s antithetical relationship to time and materiality in various ways throughout her exhibition. By pairing materials that counter each other – old and new; man-made and natural – it is evident that there is an alchemic fascination present in Dirks’ practice.Peta Rake: Do you see your work as dialectical past the materiality? Alexis Dirks: Through these material pairings I'm also trying to evoke some connections between the past and the present. There are many pasts to consider. There is a greater past that has more to do with geology and then another past that has more to do with human history. I guess I'm trying to find the connections or intersections of these pasts and think of them both as layers, in the way you would dig down in an excavation. There are connections within rocks and their various functions; as a geological marker of time, architectural material and as a sculptural material for building monuments. My interest is in how these functions overlap and how the material of rock can shift from one function to the next, from history into the present.PR: Can you tell me a little more about your exhibition title New New Monuments?AD: The title New New Monuments came after reading Robert Smithson's essay called ‘Entropy and the New Monuments’ from 1966. I was thinking about that timeline or trajectory in art history, where there were such distinctive shifts in materiality and what these Minimalist artists were trying to achieve through using 'new' or industrial materials. Thinking about this in relation to my experience of Yellowknife, [I] felt the impulse to make work that combined 'natural' materials of past monuments (granite/wood) with materials that are more processed or industrialized.I've never lived in a place [Yellowknife] where the natural landscape has been on the fringes of a small city, and there's a lot of overlap between the urban, suburban and the wild. Smithson talks a lot about the suburban experience and the banality of forms in suburban architecture as a way to almost imagine how the forces of entropy will inevitably take over suburbia's system of organized architecture.I guess I also find it a little bit funny when things are titled with the word ‘new’ in them, because it almost immediately dates it. It is interesting to look back on art history and see what was labeled as 'new' in ideas and art, because it was really forward thinking and things could feel like they were progressing on a timeline. I think there's nostalgia for that minimalism. That's why I used the double 'new' in my title, like real newness can't exist anymore, or it's sort of quaint to try and define what is truly new right now. The 'new' is constantly being updated and replaced with something 'newer' and I sort of like the futility of newness.PR: Does the remoteness of Yellowknife influence your practice deeper than the geological?AD: The remoteness of Yellowknife seems to influence my practice in a more practical way. I think [its] because I've only ever been 'dropped off' here by plane from other parts of the country, I don't fully grasp its remoteness because I haven't felt the distance from the ground. But in terms of art-making the remoteness of Yellowknife is evident in the resources, or, most often the case, lack thereof. Materials and tools for making art have to come from either the hardware store or from nature, there is no place to browse for traditional art supplies.I think that being so close to what we think of when we imagine 'the infinite North' has influenced my work in a lot of ways. I've really based a lot of my work around the geology of the north and the expanses of ancient bedrock, because to me it just has this presence of time attached to it, and because it's almost everywhere in the Northwest Territories, it's a constant reminder of geological time and process.Just outside the city, it's really easy to feel like nature makes the best sculptures, and I'm reminded of a Walter De Maria quote from On the Importance of Natural Disasters, “Put the best object you know next to the Grand Canyon, Niagara Falls, Redwoods. The big things always win.”


About the Writer:
Peta Rake is Acting Curator at Walter Phillips Gallery, The Banff Centre. She writes regularly for C Magazine and her texts have appeared in Canadian Art, Fillip, San Francisco Arts Quarterly, Rearviews, Institutions by Artists, On Apology and ElevenEleven Journal.